So What is Responsive Web Design? 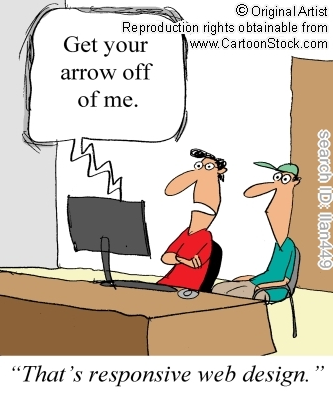 It must have happened to you. You open a web page on your mobile device and it looks all squashed and tiny. You constantly have to increase the size of the font and scroll left to right to read the content. It’s annoying.

That’s a site that isn’t using responsive design. However, if you go to a web page and find that everything is laid out perfectly with no need to scroll or resize, there is a good chance it’s using a responsive design.

Responsive design usually reacts to four kinds of screens: the widescreen desktop monitor; the smaller desktop (or laptop); the tablet; and the mobile phone.

Here’s a screenshot of one of the Joomla responsive templates from JoomlArt.com. As you can see on each device, the layout looks a little different. On every device though, the design looks great with no tiny text.

How Does Responsive Design Work?

Responsive design works by using @media queries to identify the size of the device screen and present a layout based on that size. It’s something you can test easily. Go to this page and drag the browser window to scale it down. You’ll see the layout change.

When Did the Responsive Design Trend Take Off?

According to Google Trends, people started searching for the term “Responsive Web Design” only in the middle of 2011 — so it’s all pretty new. But as more and more people use their mobile devices to access the Web, it’s been growing fast. Users expect a good experience whether they’re on an iPad, a Galaxy or a desktop. If they don’t get it, they’ll go elsewhere.

According to Google Trends, people started searching for the term “Responsive Web Design” only in the middle of 2011

“Joomla Responsive” only turned up in Google Trends in the third quarter of this year so it’s even newer! But it is catching up very quickly, and every Web designer, template provider and extension developer needs to know what it means and how it works.

A surprisingly large number of Joomla extensions are also already responsive, most involving images and media.

Should I make my Joomla site responsive?

You may think at this point that the answer should be yes. But hold your horses! Sure, responsive design is a great idea… if you have a simple site without too many extensions. Those extensions can cause trouble if they’re not as responsive as the template. Just take a look at the example below. This is a responsive template with a video using the AllVideos plugin from Joomlaworks.gr. This plugin doesn’t add the videos in a responsive way… although there is a way to do it. 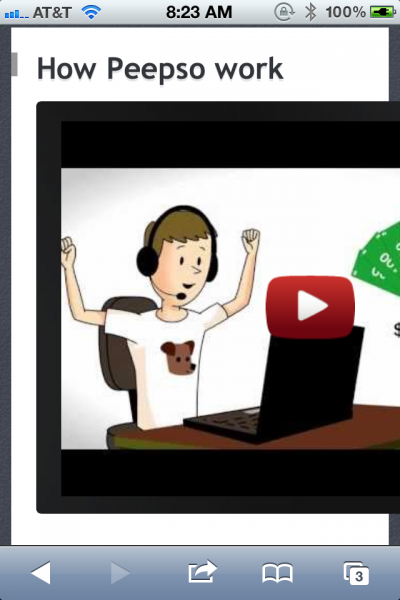 Even though the template is responsive, the video plugin is not and it doesn’t display properly on a mobile device.

If you want a responsive Joomla site, every front end extension you use has to be responsive. It’s going to take the Joomla development community a bit of time to catch up with that.

At iJoomla we plan to dedicate the rest of this year, and much of next year, to making all of our extensions responsive.  We’ll start with iJoomla DigiStore, our Joomla eCommerce solution. (Imagine a responsive shopping cart — now that’s sweet!) Then we’ll move to Guru, our Joomla LMS, so that students can view their lessons easily on their iPads or iPhones or whatever device they may be using.

And in the Meantime?

Until all your extensions are responsive, you can use any of the other Joomla mobile solutions:

So where are you when it comes to Joomla and responsive design? Are you using a responsive Joomla template yet? Let me know, I’d love to hear about it.

Update: We’ve just finished converting most of our products sites to responsive design. Check out the following sites with your mobile device to see how it looks like: