The Evolution of Logo Outsourcing

Remember when creating a professional logo was a huge production? You had to meet with a graphic designer, explain your concept and describe the look you wanted. It took time and effort and it cost from a few hundred to a few thousand dollars, depending on the designer, the quality and the concept.

Then the internet came, and new services were born to make our lives easier and the world truly flat. Services like Elance.com let you to submit a logo request — or any other project — and see dozens of designers bid on it from all over the world. You could choose the designer based on his or her portfolio, reviews and bidding price. When people from India and other developing countries joined the fun, the bids really started to fall. Now you could get a logo for $150-$500 easily. You could work with the designer until you got the design you want, and pay only when you were happy. Elance changed everything. Brilliant!

Fast forward a few years and 99designs.com has changed everything again by adding crowdsourcing to logo outsourcing. Dozens of designers don’t simply bid on your logo project, they actually create the logo for you. For $200 you get over 50 logos to choose from. You’re not stuck with one designer who may or may not do a good job and you know exactly what you’re getting. You can even set the project so that designers can’t see what others are doing, and have to come up with their own ideas.

I’ve found that 99designs.com is perfect not just for logo creation but also with the concept. I’ve always found the idea stage the hardest so why not let a few dozen designers do this for you? Just tell them about your business or site and let them struggle for an idea.

Within a few days, you will see designs starting to roll in but wait until the week is over to get them all. The best often come at the end! Look for logos that are clean, simple and powerful. If you see something that comes close, just ask the designer to tweak it for you. They’ll be happy to make the changes.

Here are some logos I ordered through 99designs.com. As you can see, the quality is excellent.

And now another player has joined the game. Fiverr.com is a highly entertaining site that allows users to say what they would do for $5. You are not going to believe what people will do for a fiver. Some of those things are very bizarre.

But some are logos. I ordered a few logos from Fiverr and got a mixed bag. Some were pretty good. Others were… well, what you might expect for five dollars.

But hey, it’s only five bucks so you’re not losing much if you don’t like it. 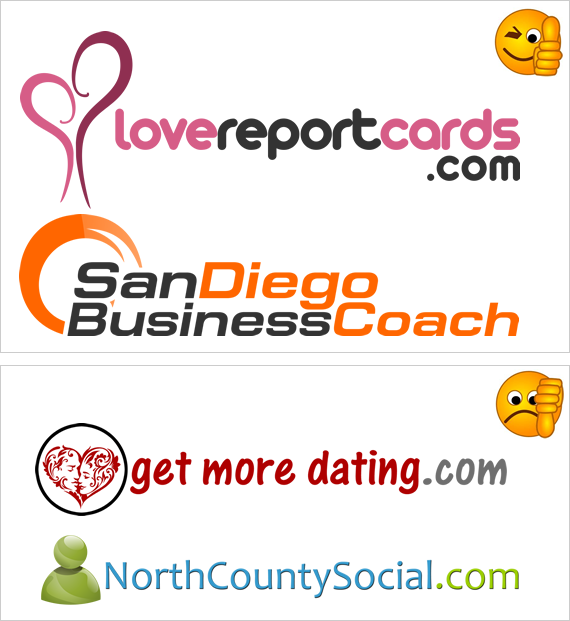 I ordered a few logos from Fiverr and got a mixed bag. Some were pretty good. Others were… well, what you might expect for five dollars.

If branding is super important to you, then Fiverr is not the right choice; stick with 99designs.com and Elance. However, if you need a logo and budget is more important than branding, then the Fiverr crowd might just be enough. The risk is minimal!

Who is creating your logos? How much do you usually pay? Would you consider any of these services?