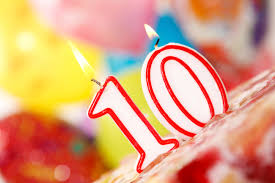 That’s like 100 on the Internet. Where did the time go? Just take a look at this great infographic to see what Joomla has achieved over the last 100 years.

For those of us who have been with Joomla since the beginning, it’s been an amazing ride. I can still remember the day when Joomla announced that it had forked from Mambo. I knew Joomla was going to be big. That was the day I bought the domain iJoomla.com… so iJoomla is also ten years old!

A few months later, with just one programmer, I released our first component, “iJoomla Metatags Generator.” It was a simple yet powerful SEO product that would become the commercial and highly popular iSEO. It’s still going strong. 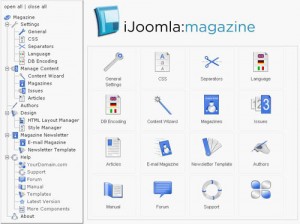 But our first big hit was iJoomla Magazine. Back then, it was almost impossible to create a good-looking magazine with Joomla. I was trying to create a magazine for a dating site and I couldn’t make it look good with Joomla. iJoomla Magazine made it possible and was our strongest seller for years. Then came iJoomla News Portal and iJoomla Surveys, and after a few years, iJoomla RSS, DigiStore, iJoomla Ad Agency, iJoomla SideBars, Publisher and Guru, and a few free products as well.

In 2010 we switched to a GPL license and never looked back.

Three years later, we acquired the highly popular JomSocial and it became our flagship product. All our products now integrate with JomSocial. We improved customer service, usability and stability, and JomSocial is now a product we can really be proud of.

Last year we made a few of our products free but stopped their development so that we could focus on our larger and more popular lines. We also released “lite” versions of four of our products.

And a couple of months ago, we released PeepSo, our first WordPress plugin.

Releasing a Social Networking Plugin for WordPress was just the next logical step. We’ve picked up so much experience with JomSocial and the lack of a good comparable product for the popular WordPress just left a gaping hole for WordPress users.

Joomla has been great fun and a huge learning experience.