My Adventures at Joomla Day West!

Joomla Day West was a huge success! Almost all the Joomla team members came and it was great to meet some of them for the first time. I also had the chance to chat with some of iJoomla’s customers which is always fun.

The event started on Friday night with an Oktoberfest party, which included German music and German food. The band tried to make us all do the chicken dance, but that wasn’t going to happen. The sausages were great though! 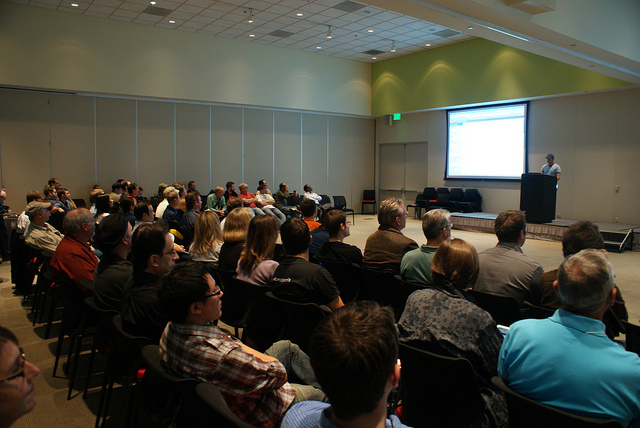 The next morning was the Un-conference, hosted by Gunner, who made us run to different sides of the room based on our opinions of various controversial topics. When he asked: “What’s more important, making Joomla core more powerful or more user-friendly” you knew which side of the room I was going to take, right?

Seeing the twitter stream #jdaywest2010 on a big screen was a great idea too. We were all able to see the participants’ comments live. 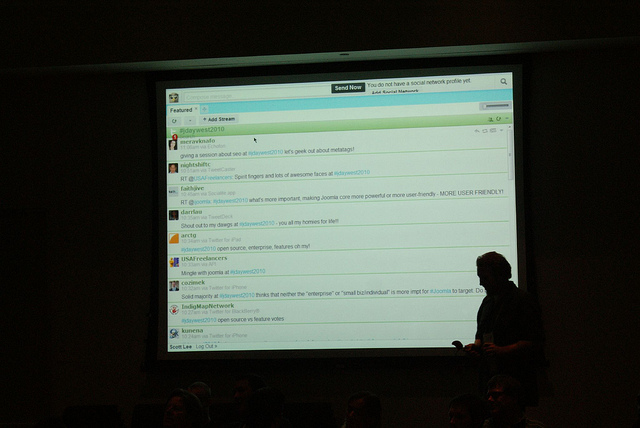 With all of a five-minute warning, I was asked to make a presentation about SEO. I had a bit of help from some friends, but I did it! We talked about metatags, SEF and the first five SEO steps you must take when you create a Joomla site. 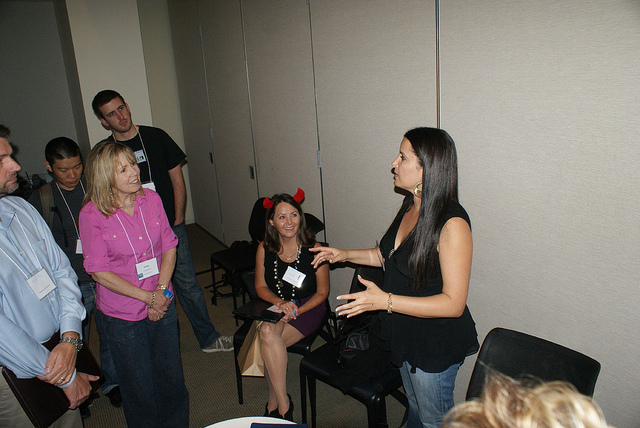 SpeedGeeking had me presenting iJoomla SEO to a small group at a time. I did it eight times! I had it down pretty well… by the sixth time.

The second day ended with some networking in the Jacuzzi — an easy place to make new friends.

The third day was more planned, and I gave a presentation and interactive workshop about Usability Testing. We tested a few of the participants’ sites and learned a lot. I have posted those tests on my usability testing blog, in case you’re interested.

We also made our special announcement about going GPL.

Throughout the day, I performed usability testing with volunteers for Joomla 1.6 as well as the Joomla.org website, turning up some very interesting issues that can easily be fixed to make both Joomla.org and Joomla 1.6 more user-friendly and effective.

Overall, the event was well organized (big thanks to Debi Clarkson and Ron Severdia) and I think participants got a lot from it. I hope to see you there next time!